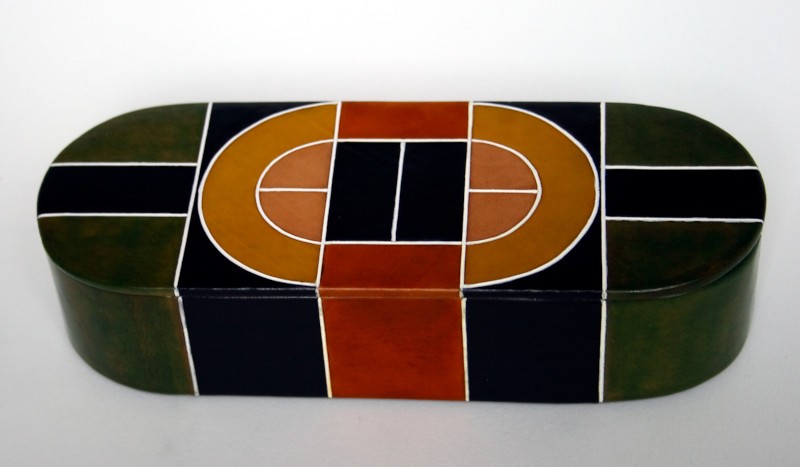 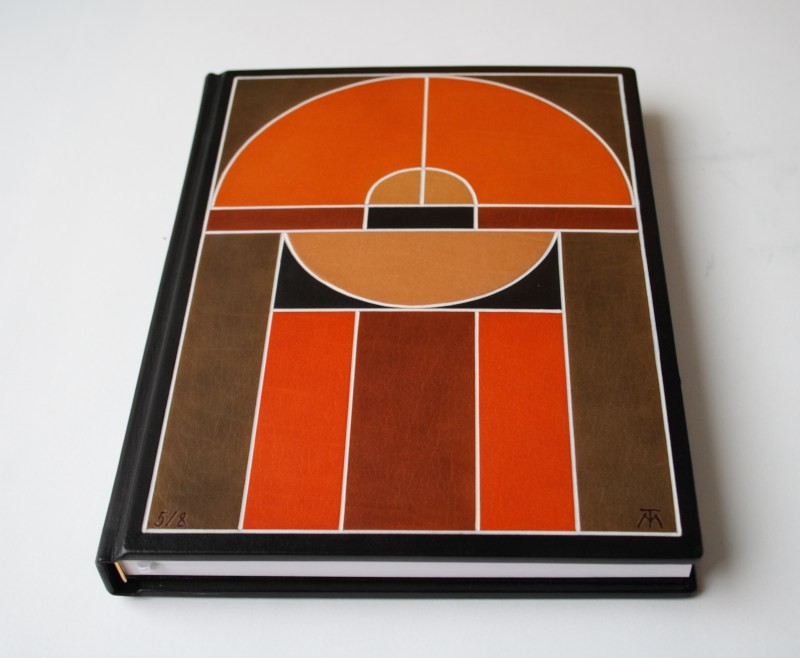 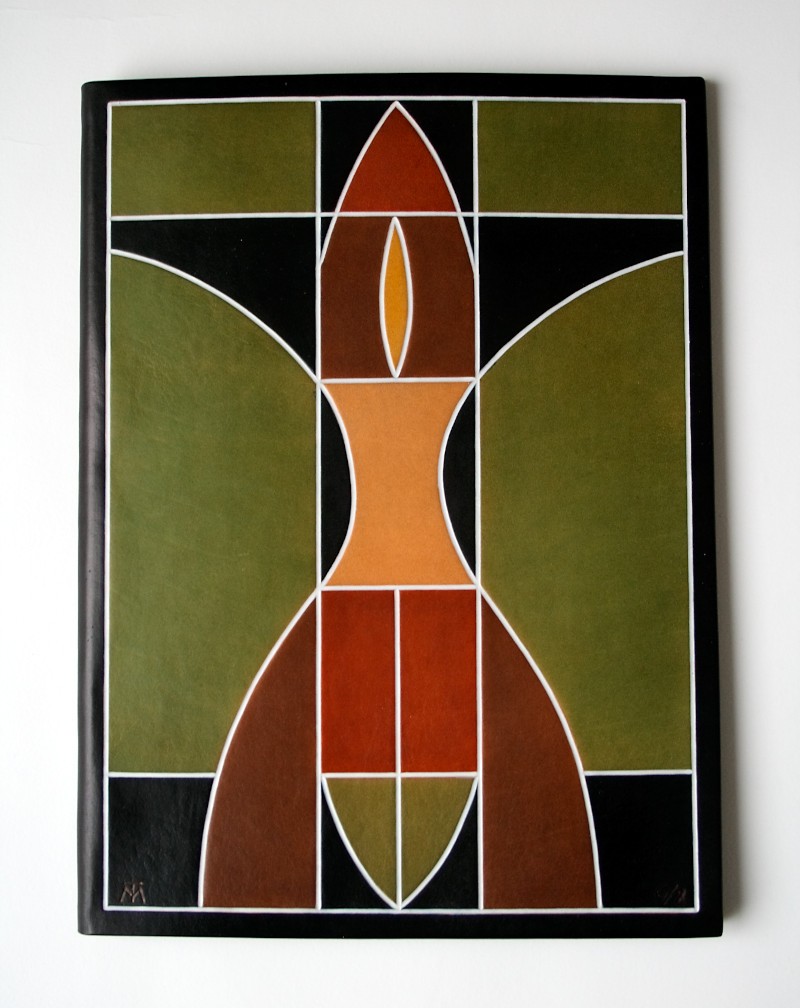 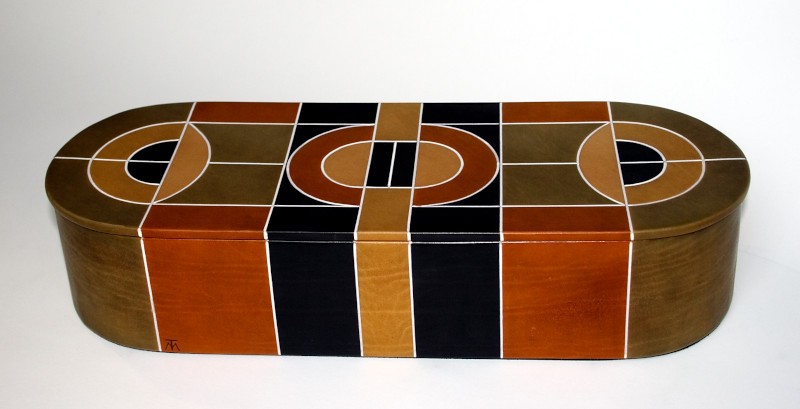 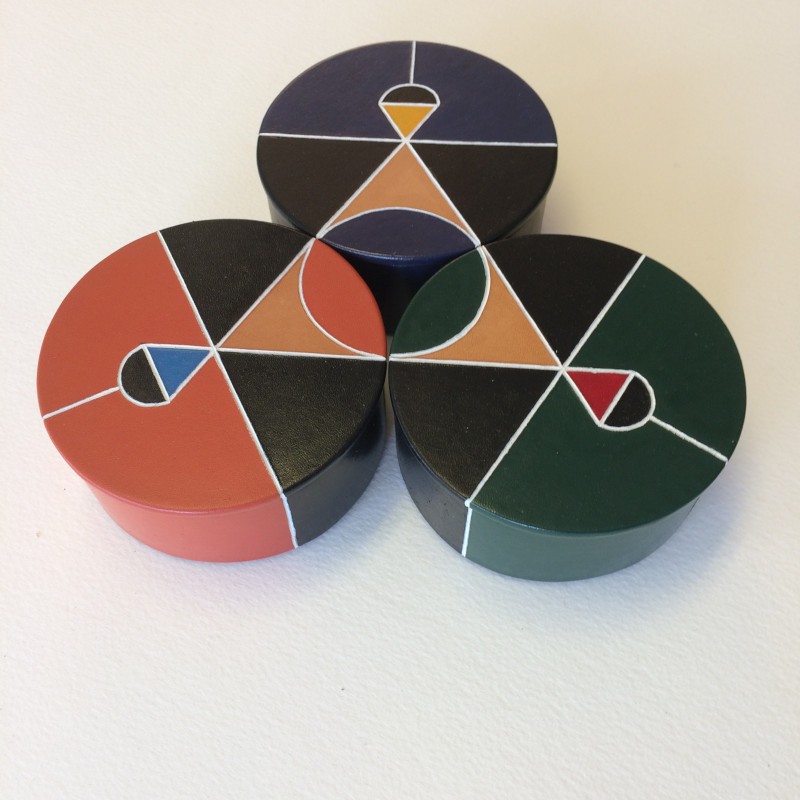 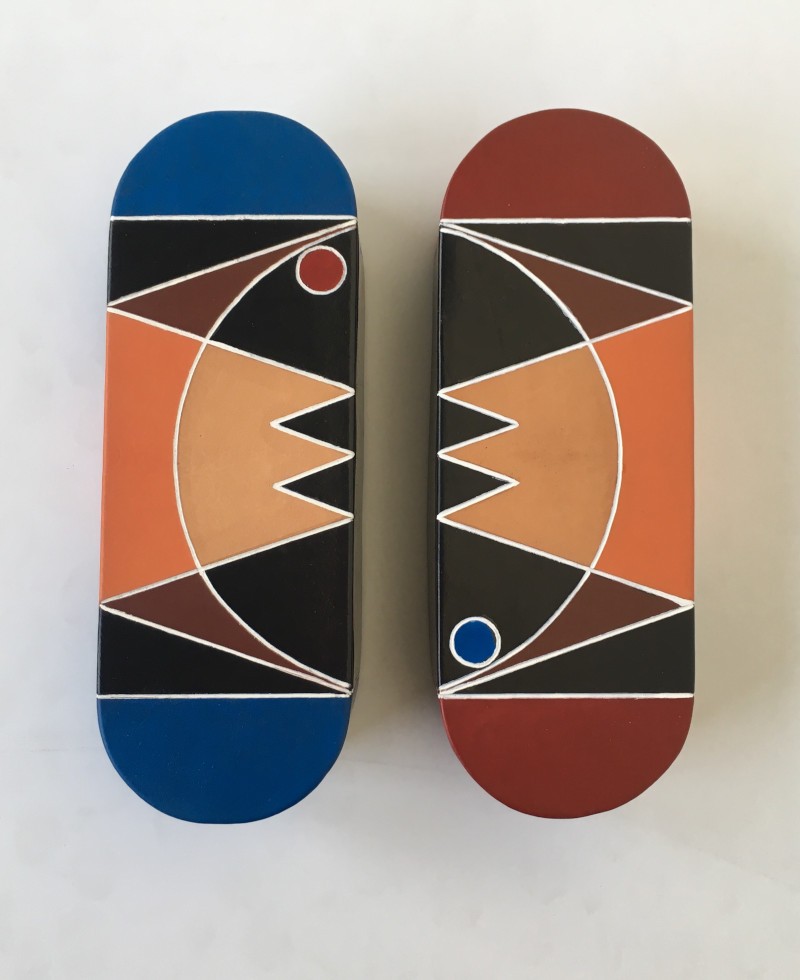 Dialogue with myself, two cases 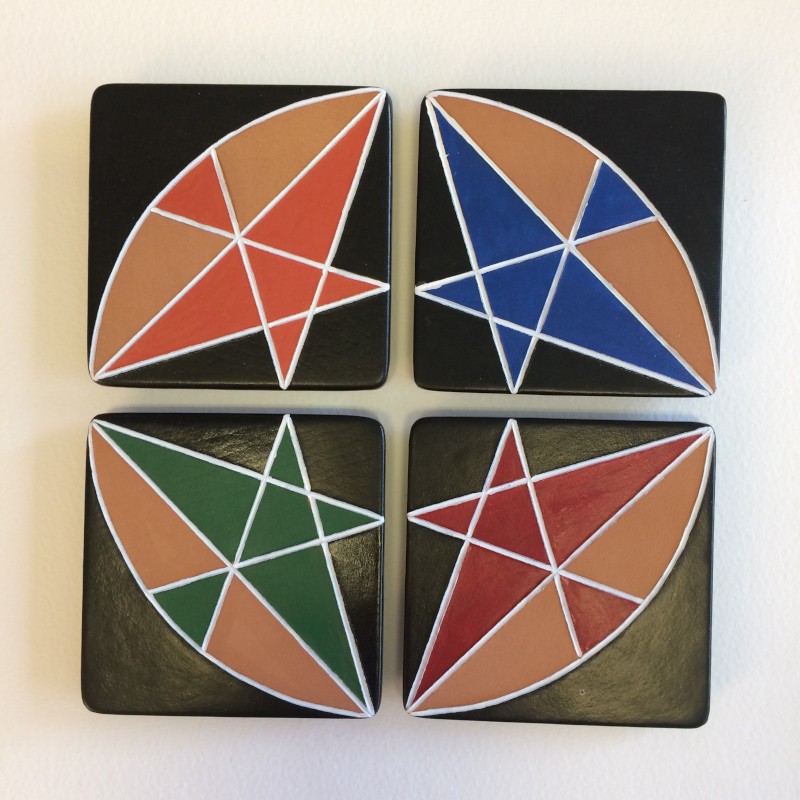 Estonia has a strong tradition in leatherwork.

My grandfather, Eduard Taska, inspired by the influences of Berlin and Paris, started the Leatherwork Faculty at the Estonian Art Academy in 1916. He also started his own art industry in Tallinn. In the 1930s he became internationally known for his leatherwork; his bookbindings, covers and boxes were famous in more than forty European countries.

In 1937 he won the Grand Prix in Paris for his book bindings of leather.

In 1941 he was deported to Siberia where he died a year later.

I continue the family tradition and further develop my grandfather's technique using leather as raw material for sculptures and objects.

I am a member of www.konsthantverkarna.se