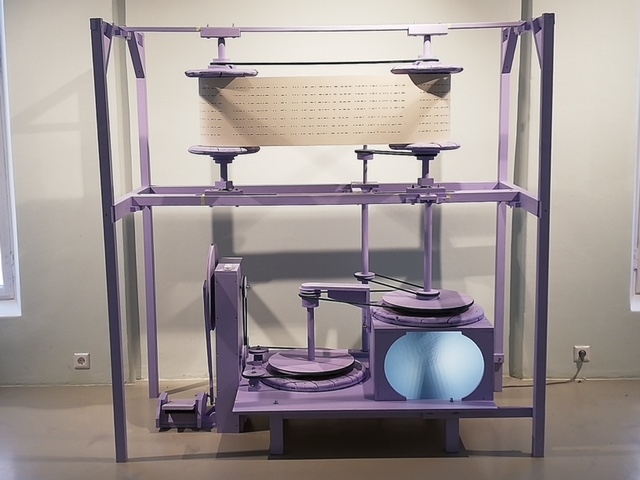 A Baton from Kütiorg to Kadriorg. The Force (Vägi), The Spirit (Vaim), The Power (Võim)

The second stop “Spirit” in the University of Tartu Museum and St. John's Church

What leads people to the spirit (and spirituality) is the curiosity and empathy that make it possible to reflect on and know oneself and the surrounding world. We can speak of the mindsets of distinct locations and eras. Human curiosity and thirst for knowledge are not limited only to the tangible, this is why the subject of spirituality can be taken further, to a higher level where it can be called eternity, divine love or cosmic inspiration.
The route of the exhibition trilogy goes from Võrumaa to Tallinn through Tartu. The academic spirit cannot be overlooked in the university town, especially bearing in mind that the University of Tartu museum is located in the ruins of the Cathedral. Tartu has also always been a cultural centre with its own particular mindset. In spite of all the attempts to define the spirit of Tartu, whether as a phenomenon, a location or a personality, it remains evasive.
The exhibition “Force” was introduced by the concept of force as visualised by the curators: a silver baton as a tiny rolled up manuscript with the text “Sanctus praesens”. The concept of spirit is carried by a fifty times larger modernistic machine that transmits in telegraph code, or Morse, the message of the exhibition: "Pax in praesentia sancta". The Morse apparatus, the supernatural multiplexer, (authors: Marje Taska and Reinhold Rutks) is a generator of peace, because only when there is peace can the spirit unfold and evolve. It is imperative to preserve one's spiritual integrity when politics become complicated.

„Baton from Kütiorg to Kadriorg. Force. Spirit. Power” is a curatorial project in which the concept, the selection of artists for the Võru exhibition and the medium were devised by the curators and keep evolving like passing a baton. The artists and curators of “Force” pass the baton to the artists of “Spirit” and they, in turn, to those of “Power”. The purpose of the exhibition trilogy is to combine power with force by spirit and to find the real force in the heart of power, not only satisfaction of personal ambitions.
We thank the Cultural Endowment of Estonia, the Estonian Cultural Society in Stockholm, the Postimees Foundation, Lembit Allikmets, the Art Museum of Estonia, Tartu Art Museum, Andri Ksenofontov, the hostel Looming, the Department of Art History of University of Tartu.